The events leading up to this event are a little sketchy and may or may not have taken place during writing workshop.   However, it involves several pig erasers in my student, Al’s possession.  Said erasers were nameless at the time of the slice.

Another student and I suggested the pigs be called Bacon, Hot Dog, and Pork Chop. Al did not find this entertaining.

He continued to brainstorm names, accepting Pork Chop – not because it’s a food, but because it’s just a good sounding name.  He still needed two more…

And then the low chatter of students raised and then transformed into the singing of Spiderpig – as a class, they sang.  Al danced to a beat (not the beat), eyes closed,  basking in the voices of his classmate’s singing.

“Spider pig, Spider pig.  Does whatever a….”  it didn’t last long, they weren’t all very confident with the words…  But the memory of the impromptu song will last much longer. 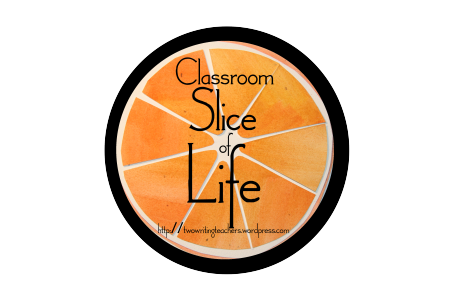 It’s the last day of March and the Slice of Life Challenge! Congratulations!